Carbon removal plays a huge part in meeting The Paris Agreement’s goal of keeping global warming below 1.5 degrees Celsius. In 6 years, the Carbon Capture and Sequestration Market are predicted to be worth $7 Billion Dollars, and investors are keeping a keen eye on these eleven carbon-removal startups to be poised for success.

Founded in 2021, EcoLocked utilizes Biochar as a building material with the goal to reduce the carbon output of the construction industry. Biochar can be integrated with existing concrete applications at a small extra cost. Their building material not only serves as an eco-friendly alternative to cement, it effectively increases the structure’s energy efficiency and locks in additional carbon dioxide for up to thousands of years.

Why is EcoLocked gaining traction amongst investors? A major contributor to climate change is the construction industry, wherein the cement industry is believed to be responsible for 8% of global carbon emissions. The construction sector contributed over 39% of energy-related carbon emissions in 2018. Using Biochar in new construction can offset the structure’s carbon footprint through its ability to lock away carbon for the structure’s entire lifetime, largely improving the sector’s footprint.

Founded in 2021, Seabound’s carbon-capture technology equips cargo ships with the ability to extract carbon emissions before they are emitted. The ship’s CO2 is converted to limestone through mineralization, which can be then stored onboard and sold. This technology can also be used as a way to create synthetic fuels or as a carbon-neutral building material.

Why is Seabound gaining traction amongst investors? The International Maritime Organization aims to reduce the shipping sector’s impact by at least 50% by 2050. Currently, International shipping contributes up to 3% of global CO2 emissions. Seabound offers this sector a simple yet innovative approach to becoming carbon-neutral at a small expense and with minimal modifications.

Founded in 2009, Carbon Clean has built CycloneCC, a modular carbon-capture device that targets the production process of highly polluting sectors like steel, cement, and refineries. The company’s technology is said to capture 90% of CO2 before it is emitted into the atmosphere, and is set to attain 30 dollars per metric ton of captured carbon. Compared to conventional carbon capture devices, the CycloneCC is at least 10 times smaller and can be easily deployed. It can greatly reduce the cost of carbon capture as well as capital and operational expenditures, making the technology commercially viable.

Conscious Planet is the organisation that pioneered the Save Soil movement, wherein its main objective is to raise human consciousness about the state of soils around the world. Conscious Planet offers practical and scientific solutions to revitalise soil based on various soil types, latitudinal positions, and a nation’s agricultural traditions.

The organisation shares its research and solutions, consults new policies, and holds events to raise awareness for climate rescue and environmental action. Their target is to maintain the organic content of soils to a minimum of 3-6% in order to safeguard and sustain soils.

The Save Soil movement has already gained over 16 million volunteers worldwide, and is continuing to gain traction among investors and soil advocates alike for their recognisable service to their home nation, India, as well as for winning India’s highest environmental award.

Founded in the year 2020, Mission Zero is developing scalable and low-cost direct-air-capture technology. The company’s technology is heat-free, modular, and can operate at room temperature. Mission Zero won $1 dollars from Elon Musk’s XPrize carbon-removal competition. Its mission is to bring gigantic levels of economical Direct Air Capture capabilities to the carbon-capture industry in the next 8 years.

Founded in 2009, Climeworks offers a direct air capture and storage technology that is able to remove CO2 from the air and store it permanently. The company’s partner, Carbfix, mixes the captured CO2 with water and pumps it underground where it can be stored permanently as stone.

Founded in 2021, Bluemethane aims to unlock a new source of bioenergy by permanently removing methane emissions from water. They are beginning their operations with hydropower plants and aim to scale up to non-hydro power reservoirs, wastewater treatment, and finally, to natural bodies of water.

Founded in 2015, Brilliant Planet creates algae to capture carbon. According to scientists, algae play an important role in carbon sequestration. Algae typically blooms in the oceans, and Brilliant Planet is able to replicate that process by using an open-air pond in the desert that draws in seawater. The company is gaining traction amongst investors due to their promising early results, its strong ability to sequester carbon, and its use of unused desert areas that may lead to creating jobs.

Founded in 2021, Tierra Foods develops ingredients that can improve soil quality and restore biodiversity through regenerative agriculture. The company is gaining traction amongst investors due to their production of highly-nutritious food while combining carbon capture with biodiversity. 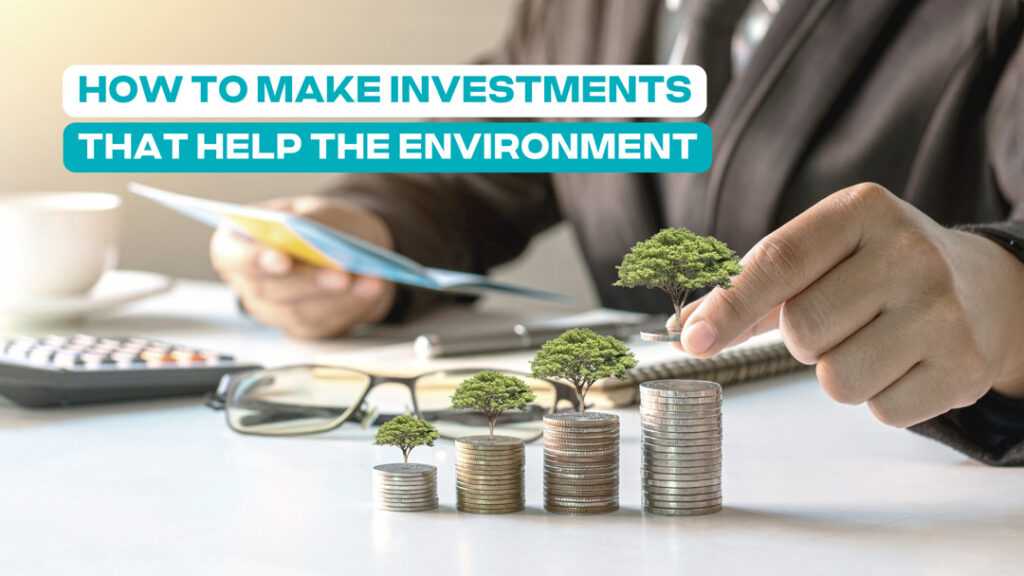 How to make investments that help the environment

As more people are looking to invest their money into companies that align with their environmental goals and values, ESG funds have become increasingly popular. However, is ESG investing a way to make more money or a way to do more good?… 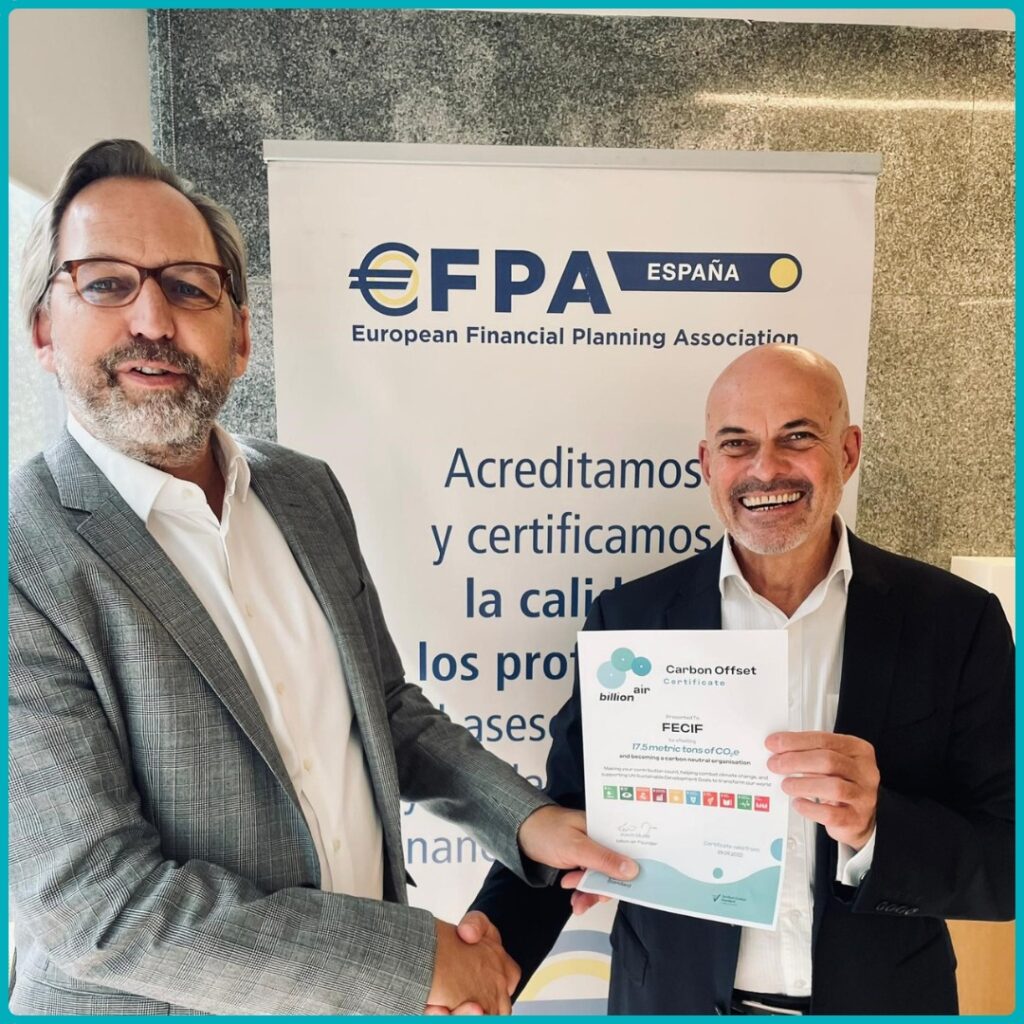 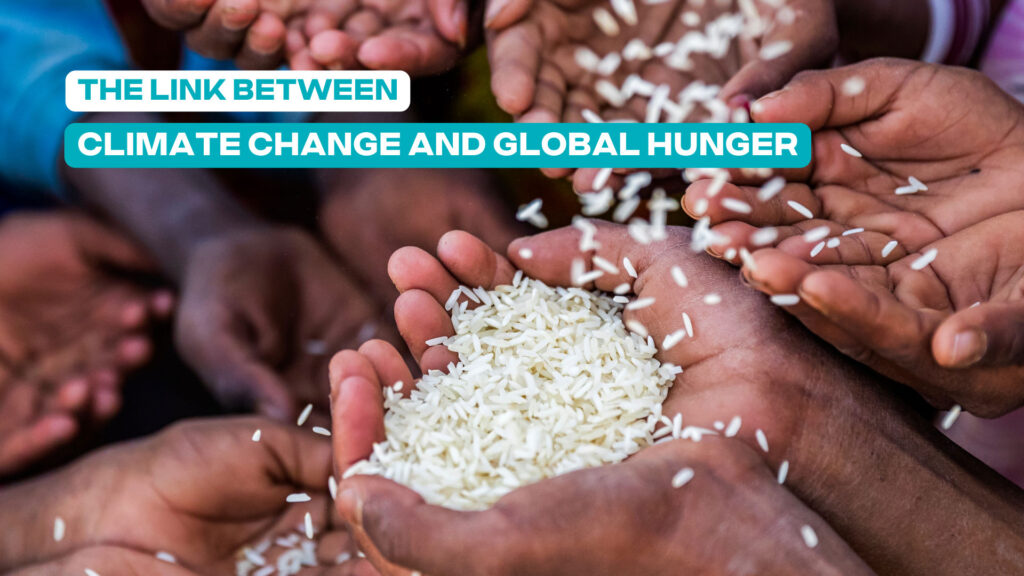 The Link Between Climate Change and Global Hunger

Join our mission to reduce 1 billion  metric tons of CO2  by 2030. Contribute by changing your lifestyle, converting your investment portfolio and offsetting carbon via projects around the world.